I have finally prepared the images from the exhibition at Mt Mercy University in Cedar Rapids, Iowa.  Craig and I are back in the studio preparing for exhibitions in November.


We wanted to spread the flower and leaf forms throughout the gallery so that they became more of an environment and wanted to use a direct way of presenting them that wasn't too complicated. Craig and Andy set these up in the space leaving room for viewers to walk through them.

The wall installation, or Topography 2 includes hand pinched rods or leaves, objects and lattice like forms in porcelain.  When we were doing our residency in Alpena, MI, I was interested in the movement of the grasses and how they seemed to not only be different from moment to moment, but how they both hid and revealed other elements of the landscape.  The wetland was also surrounded by the city and the sounds of traffic or the glimpses of man made forms were ever present in the landscape as well.

We toyed with different configurations for the installation and assemblage of this piece, but knew we wanted them to come out into space from the wall so that they could have subtle movement during the exhibition and that the shadows could become a part of the works themselves. 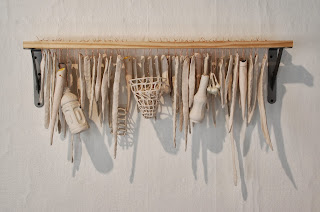 We want to play around with the size and configuration of the piece, but right now there are four sections in the installation. 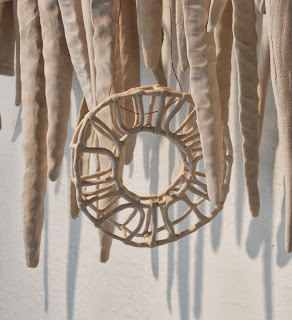 Marsh, is our series on the second wall.  They are forms containing cast found and natural images and pinched coils.

We are returning to Mt Mercy next week to give a lecture and photograph the work.  The block shapes below are made with the casting of natural forms we collected, mixed in with cast found objects. 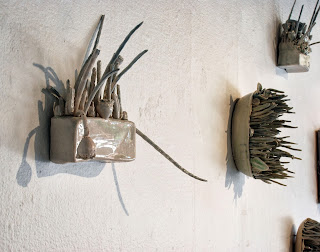 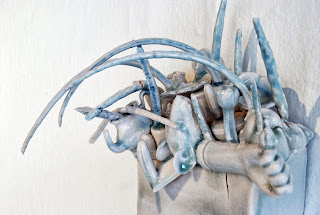 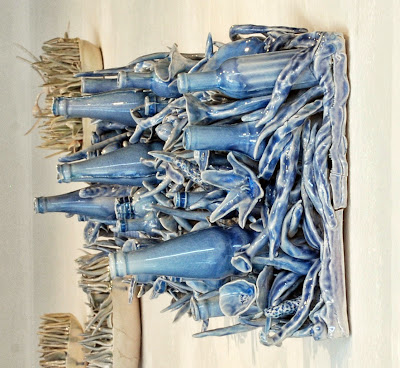 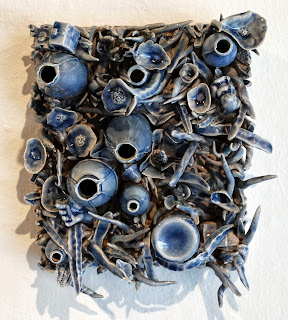 The pieces are about the intersection of man and nature. 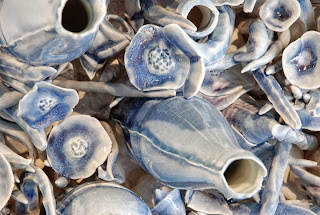 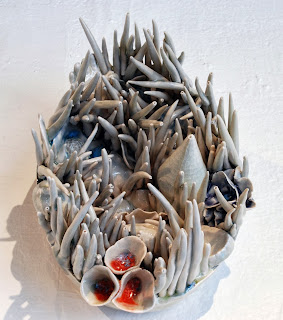 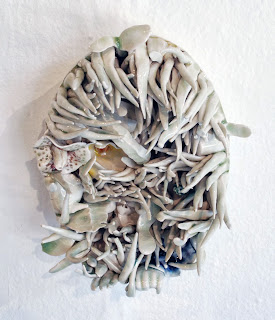 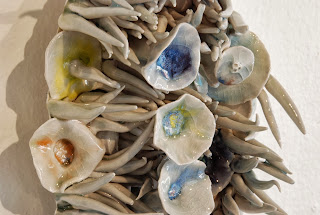 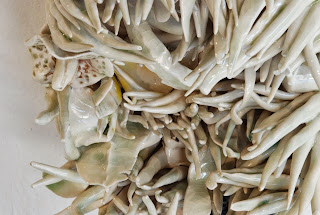 They are influenced by the marsh, the movement of the water and organic forms as well as the influence of the people on the land.  This is another piece that we are still playing with and hope to expand in a different configuration.

We are also giving a talk about our work in the 2013 Wisconsin Triennial at the Madison Museum of Contemporary Art.  The talk is at 4:45pm, Monday, October 7th at Lawrence University, at the Wriston Art Center in the Wriston Auditorium, with a reception to follow.  Lawrence is in Appleton, Wisconsin. You can also check out the Events section of their site.  http://www.mmoca.org/2013-triennial/events

I hope to be able to update some more, but have been busy with school, Plato is up next, so I may be missing for a while.

Posted by Unknown at 7:51 AM No comments: